ADDRESSING PROBLEMS THAT CAN NO LONGER BE IGNORED

SAT-7 ACADEMY is serving the Middle East and North Africa (MENA) by providing creative programs that are helping to address the region’s most prevalent issues. 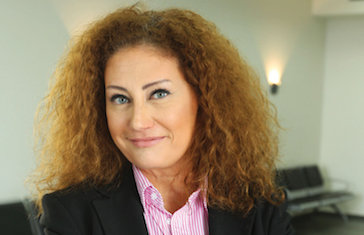 The channel’s broadcasts cover three main areas: education, social development, and health. “These are issues that have long plagued society,” Juliana Sfeir, SAT-7 ACADEMY Channel Manager, explains. “The channel is not only creating programs for refugees. The current refugee crisis has only magnified and brought to the surface many pre-existing problems that can no longer be ignored.”

“At our centre, we have a refugee student who has an infection in his ears. The father would not take the child to the doctor until the problem became quite serious, endangering the child’s hearing,” recalls Joanne Farchakh Bajjali, co-founder (with SAT-7) of the Cultural Heritage and Interactive Learning Development (CHILD) centre in Lebanon. “It is not uncommon here to see health problems ignored beyond the point where they can be treated.”

SAT-7 ACADEMY aims to help people develop coping mechanisms so that small issues do not escalate to larger proportions. Bite-sized SAT-7 ACADEMY segments are being produced to address health issues such as teeth-brushing and other good hygiene habits.

Instilling the habit of addressing small problems as soon as they arise helps build people’s confidence in their ability to tackle larger issues. “It is important to guide people in being proactive, not just in dealing with problems but in developing the right habits that prevent problems from arising,” adds Bajjali.

A man in a refugee settlement in Lebanon told SAT-7 staff that he has four children: three sons and a 14-year-old daughter. He said that he sends his sons to school but does not have the money to educate his daughter.

“The truth is that he is not investing in his daughter’s education: firstly because she is a girl, and secondly because a year or two from now she will be married,” explains Roy Saab, curriculum developer and SAT-7 ACADEMY consultant. “Girls’ education is not a priority for many Middle Eastern families. Bluntly put, the main concern for many parents in the refugee community is that their underage daughters should get married to protect them from rape and so that the father is no longer financially responsible for them.”

Sfeir describes a dating program on another Lebanese television channel which features 10 girls who stand in a line as a man chooses which girl he wants to date. “Programs like these minimise the value of women and reinforce the false idea that women are cheap,” she says. To tackle these attitudes, SAT-7 ACADEMY addresses issues such as girls’ education, early marriage, and women’s rights and equality.

MAKING A DIFFERENCE “BIT BY BIT”

Making a contribution to improving the social fabric of the MENA is a long-term commitment ofSAT-7. As Rita Elmounayer, SAT-7’s Deputy CEO and Chief Channels Officer, often says, “bit by bit, we can make a difference.” By taking each issue and addressing it in detail, SAT-7 ACADEMY can create small shifts that lead, “bit by bit”, to change on a larger scale.

“Through carefully designed programs, we aim to positively impact the children of the region, so the next generation will grow up healthier and more capable of being positive influences in society,” SAT-7 CEO, Dr Terence Ascott shares. “Addressing the needs of those surrounding and influencing children, such as parents and teachers, is just as important. SAT-7 ACADEMY programs aim to touch everyone in the region by encouraging tolerance, teaching critical thinking, inspiring lifelong learning, and fostering creativity.”