The words of bereaved mother Maryam* show the vital impact of SAT-7’s parenting support. When advice from the SAT-7 ACADEMY counselling program The Coach transformed her young son’s life, Maryam did not know the coming months would be his last – but in her grief, she clings to her memories of this joyful time.

Maryam first contacted The Coach in early 2019, desperate for advice after 10-year-old Haroun was diagnosed with a heart problem. Since becoming ill, she said, he had lost all confidence, and she wanted to help him. “His mother stated that he was unhappy all the time and had given up on life,” says Audience Relations Officer Carla Bachir. 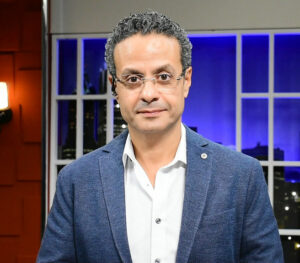 Dr Ihab Mageb, who presents the show, gave Maryam advice on how to rebuild Haroun’s confidence. A few months later, the team heard from her again. She says, “Thank you for the episodes. I applied what you advised me to do. You were the reason my child gained back his confidence, and I felt that he grew up significantly.” Maryam then shares that, tragically, Haroun had since passed away. She continues, “Despite everything, I am happy that he lived the last six months of his life joyful and happy. Your assistance had a huge influence in building his character. I want to thank you again for everything.”

Moved by Maryam’s words, the SAT-7 ACADEMY team want to share her story to show what a significant impact parenting support can have. “It is an honour for us to leave an impression in the hearts of our audience, especially this family who had a long journey of suffering,” says Bachir. “It is these very people who drive us to remain faithful to our content and its dissemination.”

While Maryam’s situation is very distinct, The Coach is similarly transforming many other families with effective parenting support. The live show’s third season airs weekly on SAT-7 ARABIC and streams live on Facebook, where it reaches more than 20,000 viewers and receives more than 500 comments every month. A recent episode that helps parents manage their children’s screen time also made the local secular headlines.

The show particularly aims to help parents in the Middle East’s traditional, patriarchal cultures establish open communication and healthy discipline. “Because of your program, I haven’t hit my son for six months now,” shares a father from Egypt, who was inspired to change after watching an episode that addressed physical abuse. And Noura from Lebanon writes to say, “The subject you spoke about is very important, because the new generation are the future. Many thanks to SAT 7 ACADEMY for being the first to provide amazing and useful programs.”

Inspired by the show’s real-life impact, family counsellor Dr Mageb is driven to make a difference for more and more parents and children. “We must increase awareness until healthy parenting becomes a lifestyle for parents in the Arab World,” he says.

*Names have been changed for security reasons.